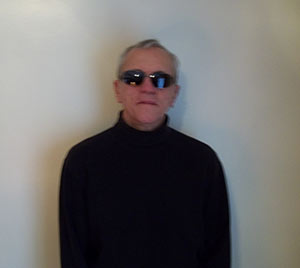 I am super pleased to have been appointed as a commissioner. My journey with blindness and NCBVI has been a long, interesting and varied one; from a consumer, to a thirty-seven year employee.

Blindness came into my life in July of 1964, I was fifteen; the cause, a head injury from a car accident. Later that year I not only became a student of Nebraska’s school for the Visually Handicapped, but also a client of the then Nebraska Services for the Visually Impaired (NSVI).

After graduation from high school in 1967 NSVI assisted me to successfully reach my first vocational goal of a massage therapist. After a two year and two month career working within the Covington, Kentucky main branch YMCA, I was ready to take on a much more challenging vocational goal, and so came back to Nebraska. In the fall of 1970, again as a client of NSVI, I was supported in my efforts to successfully complete a teaching degree in special education from the University of Nebraska, Omaha. Though, I did not use my diploma to enter the field of teaching, but applied for and was hired by NSVI as a placement counselor.

It is important to note, that in December of 1973 when I became employed by NSVI, it was under the management of an administration who was viewed by the blind of Nebraska as not meeting their needs. And so in April of 1974, the director of NSVI was ousted and Nebraska’s blind was allowed to choose his replacement. Services then changed from an environment where medical restoration of sight was the norm, to one where individuals with permanent and severe limitations began to be the focus of service. A whole new and progressive philosophy for staff was developed, wherein blindness was normal, and the human potential to successfully live with blindness as productive members of society became the norm.

I retired from NCBVI on the last day of 2010. I now keep my self very busy by: A sometime, consultant for training of new VR Counselors; a sometime, paid or volunteer teacher of blindness skills; a mentor for a blind Omaha public School student; a member of the Omaha Chapter of the National Federation of the Blind (NFB); President of the NFB Writers’ Division; Chair of the NFB Communications Committee; Vice President of the NFB of Nebraska Senior Blind Division. Yes, blindness is still my passion; we must never become complacent with the status quo, and must seek out and be open to whatever it takes to best serve our consumers.